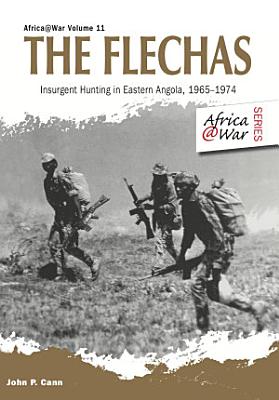 In 1961, Portugal found itself fighting a war to retain its colonial possessions and preserve the remnants of its empire. It was almost completely unprepared to do so, and this was particularly evident in its ability to project power and to control the vast colonial spaces in Africa. Following the uprisings of March of 1961 in the north of Angola, Portugal poured troops into the colony as fast as its creaking logistic system would allow; however, these new arrivals were not competent and did not possess the skills needed to fight a counterinsurgency. While counterinsurgency by its nature requires substantial numbers of light infantry, the force must be trained in the craft of fighting a ‘small war’ to be effective. The majority of the arriving troops had no such indoctrination and had been readied at an accelerated pace. Even their uniforms were hastily crafted and not ideally suited to fighting in the bush. In reoccupying the north and addressing the enemy threat, Portugal quickly realized that its most effective forces were those with special qualifications and advanced training. Unfortunately, there were only very small numbers of such elite forces. The maturing experiences of Portuguese and their consequent adjustments to fight a counterinsurgency led to development of specialized, tailored units to close the gaps in skills and knowledge between the insurgents and their forces. The most remarkable such force was the flechas, indigenous Bushmen who lived in eastern Angola with the capacity to live and fight in its difficult terrain aptly named ‘Lands at the End of the Earth’. Founded in 1966, they were active until the end of the war in 1974, and were so successful in their methods that the flecha template was copied in the other theaters of Guiné and Mozambique and later in the South African Border War. The flechas were a force unique to the conflicts of southern Africa. A flecha could smell the enemy and his weapons and read the bush in ways that no others could do. He would sleep with one ear to the ground and the other to the atmosphere and would be awakened by an enemy walking a mile away. He could conceal himself in a minimum of cover and find food and water in impossible places. In short, he was vastly superior to the enemy in the environment of eastern Angola, and at the height of the campaign there (1966–1974) this small force accounted for 60 per cent of all enemy kills. This book is the story of how they came to be formed and organized, their initial teething difficulties, and their unqualified successes.

Authors: John Cann
Categories: History
In 1961, Portugal found itself fighting a war to retain its colonial possessions and preserve the remnants of its empire. It was almost completely unprepared to

Authors: John Cann
Categories: History
In 1961, Portugal found itself fighting a war to retain its colonial possessions and preserve the remnants of its empire. It was almost completely unprepared to

The Battle for Mozambique

Authors: Stephen A. Emerson
Categories: History
The sixteen-year-long war in Mozambique between the Frelimo government and Renamo rebels remains one of the most overlooked and misunderstood of the conflicts t

Authors: Bob Cordery
Categories: History
This book has been written in direct response to the numerous requests for a revised and improved version of the previous Ð and now long out-of-print Ð second

Authors: Ian Uys
Categories: History
The Bushman soldiers were the most outstanding all-round fighters of the Border War. As the first of the indigenous population to take up arms on South Africa's

Authors: Patricio Tapia
Categories: Cooking
Descorchados is today the most important reference for South American wines. First published in 1999, for more than two decades, it analyzes the wine scene on t

Authors: Hilary Andersson
Categories: Political Science
Mozambique: A War against the People examines the nature of the war that has been waged by the Renamo rebels in Mozambique since 1976, and the profound effects