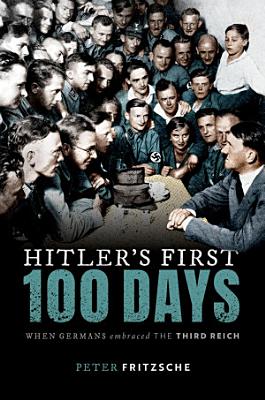 The story of how Germans came to embrace the Third Reich. Germany in early 1933 was a country ravaged by years of economic depression and increasingly polarized between the extremes of left and right. Over the spring of that year, Germany was transformed from a republic, albeit a seriously faltering one, into a one-party dictatorship. In Hitler's First Hundred Days, award-winning historian Peter Fritzsche examines the pivotal moments during this fateful period in which the Nazis apparently won over the majority of Germans to join them in their project to construct the Third Reich. Fritzsche scrutinizes the events of the period - the elections and mass arrests, the bonfires and gunfire, the patriotic rallies and anti-Jewish boycotts - to understand both the terrifying power that the National Socialists came to exert over ordinary Germans and the powerful appeal of the new era that they promised.